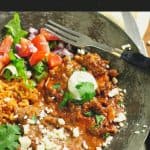 Ya’ll – CHORI-POLLO is WHERE it is AT! This is my favorite dish when we visit a Mexican Restaurant! (sometimes called Shorty Chicken – don’t ask me why). A drooling mixture of chorizo sausage, chicken breast and the OMG white Mexican queso cheese served with Mexican rice and refried beans. One bite and BOOM! I just hit the floor. SO GOOD!

I looked around for a recipe that would taste like my local Mexican joint – and couldn’t  find one. So, I had to make up my own. I experimented with this recipe and tried it out on my kids and their spouses. We had a Mexican food throw down! Everyone loved it! In fact, I had to hide a little bit so that I could take a picture for you! 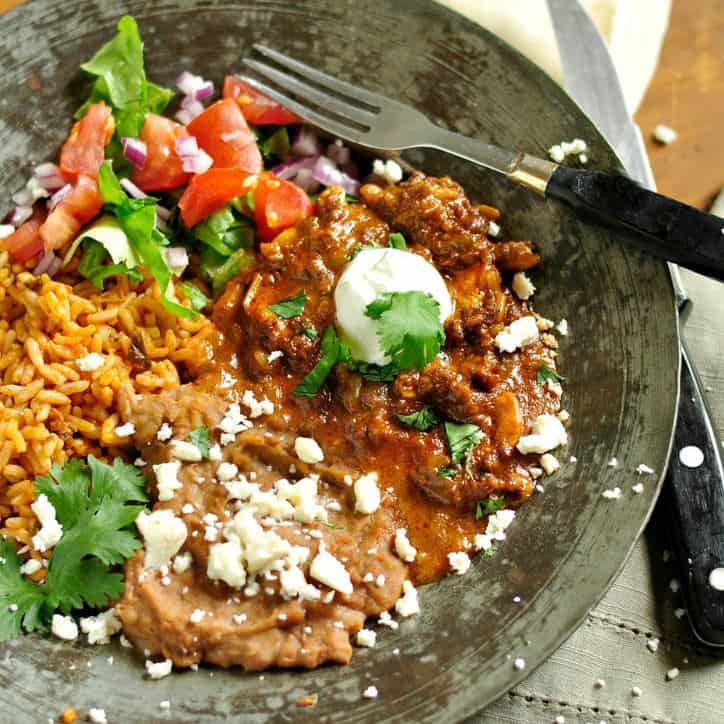 Chori-Pollo is a dish that you can often find in Mexican restaurants. Sometimes Chori-Pollo is called “Shorty Chicken”. The dish is made of Mexican Chorizo Sausage, Chopped or shredded boneless skinless chicken breast mixed with white Mexican queso cheese. Usually, this dish is served over Mexican rice with a side of refried beans and Pico De Gallo. Here, I show my Chori-Pollo with a dollop of sour cream and garnished with cilantro.

Chorizo is a reddish colored pork sausage that is deliciously spiced. In American grocery stores, you will find Chorizo in two main forms. One form is similar to a smoked sausage with a thin casing – this type can be sliced into discs that would remind you of pepperonis and is typically associated with Spanish Chorizo. Spanish Chorizo is spiced with smoked paprika and is EXCELLENT and fantastic sliced on crackers as an appetizer. This is NOT the type of chorizo to use for this recipe, however.

There are also types of Chorizo from other countries such as Brazil, Portugal and Puerto Rico – but those aren’t readily available all over the U.S and thus, not discussed here.

Try Chori-Pollo with these Best Canned Refried Beans Ever!

Chori Pollo is best served over a Mexican rice with a side of refried beans. It is also terrific in a hot flour tortilla. I have even tried it served over a salad – but I am crazy about this stuff – so, try it and let me know what you think – salad? Not salad? I don’t know. 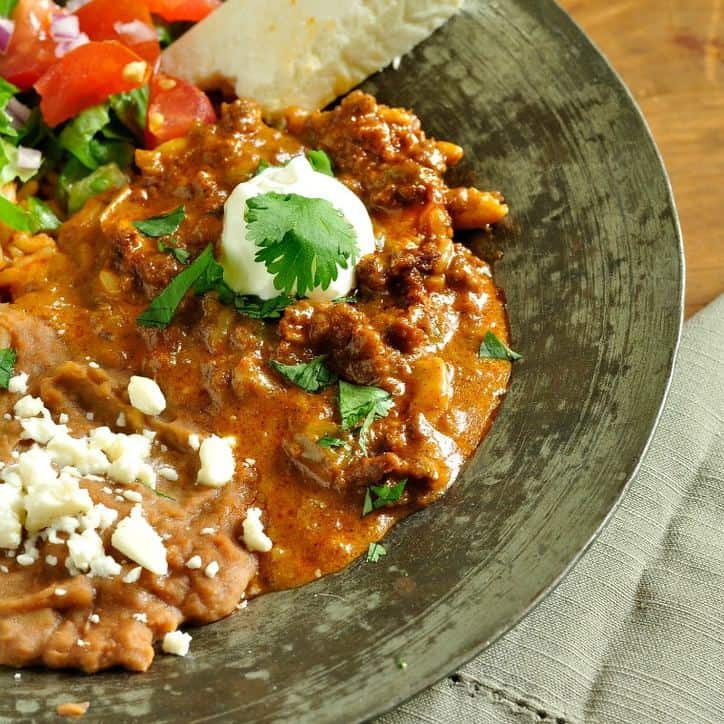 For our light and momentary troubles are achieving for us an eternal glory that far outweighs them all 2 Corinthians 4:17 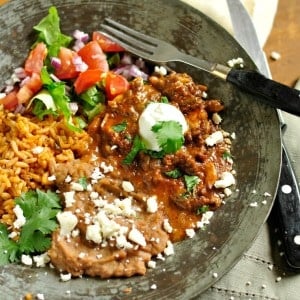 Make sure to remove the chorizo from the casing. Be sure to purchase the type of chorizo that comes in a casing and not the kind that resembles keilbasa sausage. 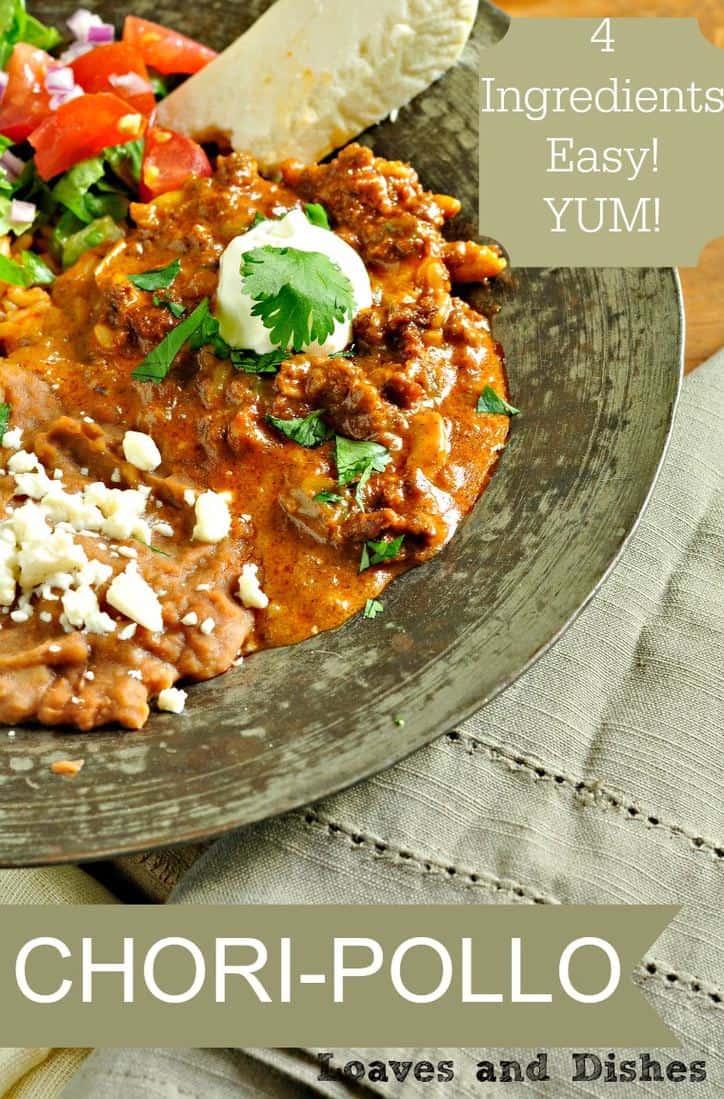 P.S. Now I'm wondering. I got this type of chorizo https://www.caciqueinc.com/products/pork-chorizo/ because the other type the store had does look just like kielbasa. But looking at your recipe again it says they should look like 'small hot dogs' and this definitely did not. Maybe that's why there was so much sauce. It tasted right though. Could you maybe post pictures of the right kind vs the wrong kind in your post?

@Wendi Spraker, thank you for the clarification! And for posting this recipe. It's the only one online seemingly! :)

Hi Amy, The kind you got (from the link) is the right kind. At my grocery, this type of chorizo comes in small hot dog like tubes that you have to squeeze out of the casing. My recipe does make a lot of sauce, mostly because I love sauce! Feel free to cut back on it or as you did, put some up for later. We often have left overs and I find that when you have left over sauce, its best to have plenty. Take care! Thanks for leaving a comment.

I made this last night and it tastes great! It's my favorite meal at Mexican restaurants (authentic not Tex-Mex), although there, the sauce is placed on top of a whole piece of chicken rather than chicken being mixed into the sauce. The only thing I'll do differently next time is halve the amount of sauce because there was way too much of it for the amount of chicken. (I put the extra in the freezer to use for a 2nd batch.) But my picky family liked it!

YUM! I can also see that as tacos, or over tortilla chips. I plan on trying some in an omelette.

I think you are right! So good on all kinds of things!

Do you drain the chorizo or remove some of the drippings?

Yes! If your chorizo is greasy, then its' best to pour some off. Thank you for asking, I'll update the recipe with this information!