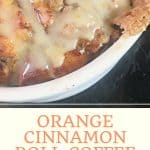 Admit it. You haven’t heard about coffee cake since around about 1978, right? But why? It’s so delicious with fluffy cinnamon cake, gooey sticky syrup and a creamy luscious icing? Where did the coffee cake go? I don’t know, but I promise, one taste of Orange Cinnamon Roll Coffee Cake and you will be hooked all over again!

Do you remember coffee cake made with frozen yeast rolls? It sat overnight raising and then in the morning it was baked to it’s sticky glory? Yeah, that one.

This recipe is like that, BUT,  without the overnight wait time!! YAY! Because who has the patience to wait a WHOLE NIGHT for coffee cake? Not ME!

So, you can holler, “Nailed IT!” when you dump all of this in together and come out of the kitchen in less than an hour with sticky, gooey, icing covered cake all over your fingers and face.

If you enjoy cake, then I’m sure you will also LOVE my

both as simple as can be! 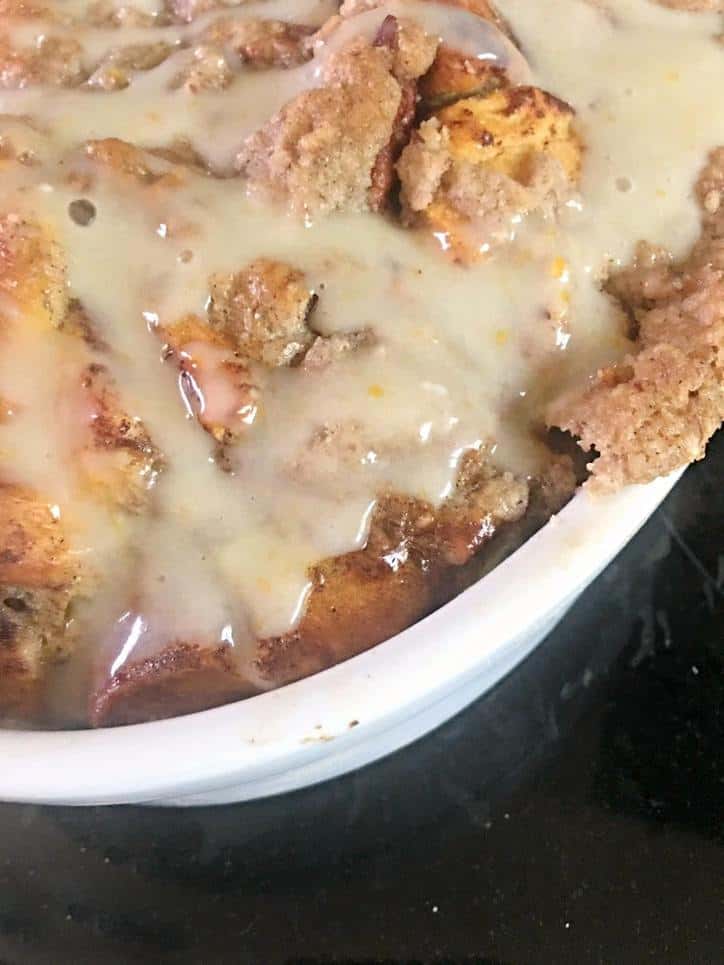 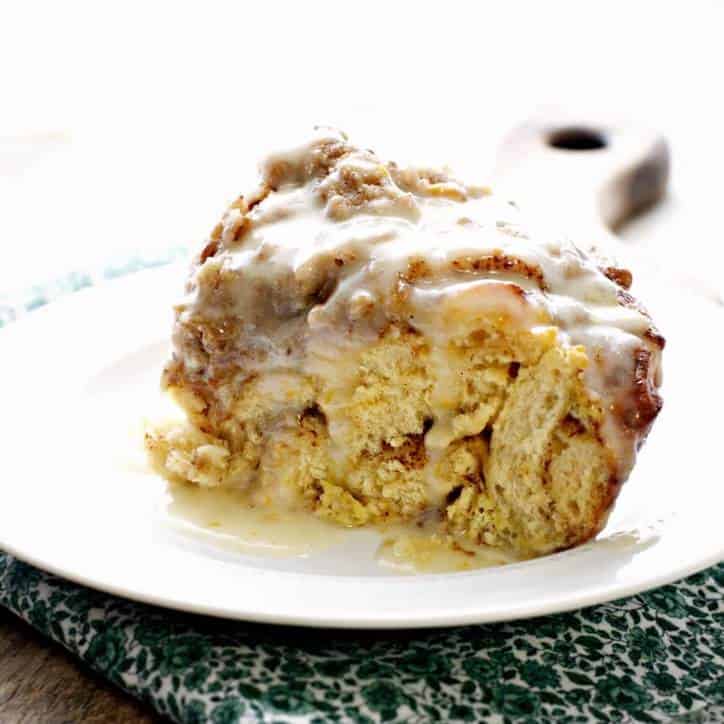 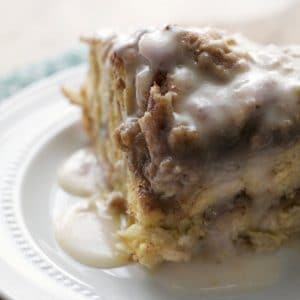 Feel free to use more or less icing than what is listed, it's entirely up to your own tastes. 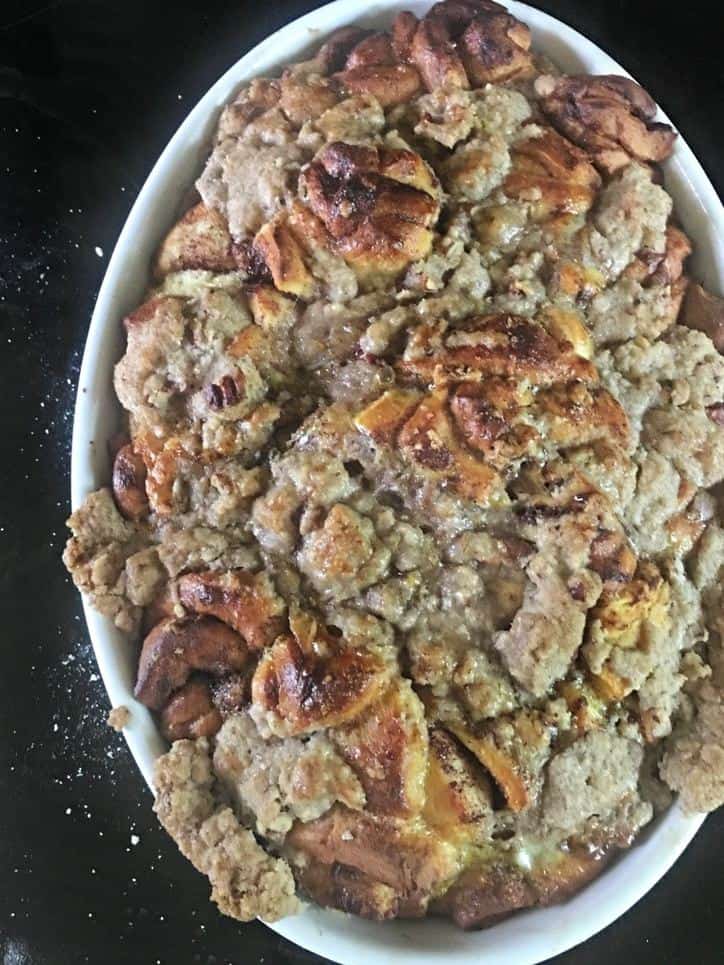 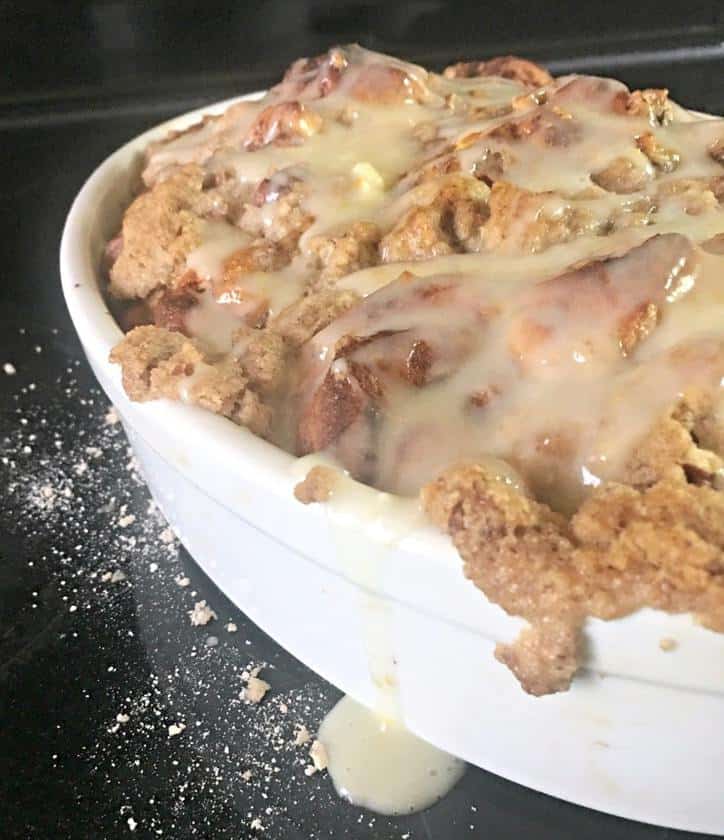 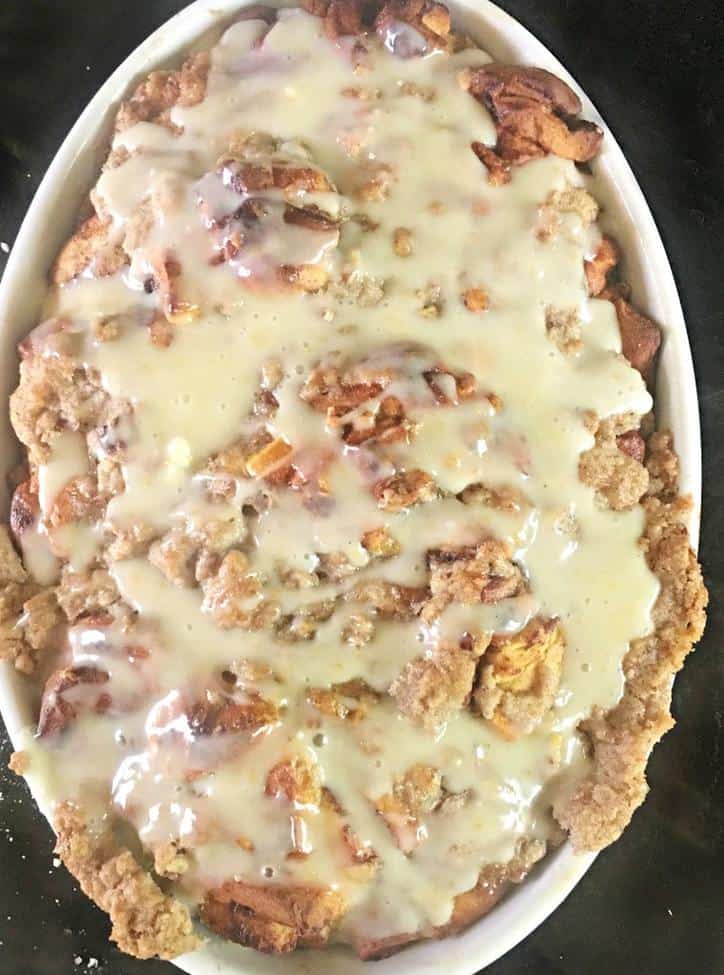 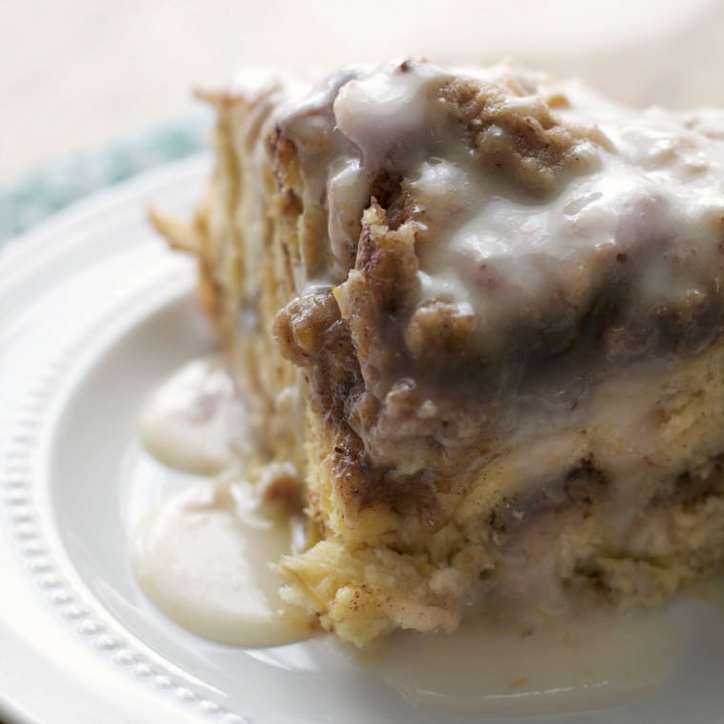 Who here has a grandbaby? How about a child of your own? A tiny niece or nephew? Think of them as a tiny newborn baby.

Yeah, now you’ve got the right picture in your head.

So, with that in your mind, think for a second about the things that fill your day. Think about the people who you allow into your life. Think about the music you listen to. Consider the websites, news programs, books, TV shows and magazines you read?

DO THEY IMPROVE  YOUR LIFE?

Do they help you to have a positive outlook? Do they improve your life?

Dan Clark, a famous motivational speaker,  says, “Surround yourself with people who you want to be like”. Jim Rohn, another famous speaker, informs that we become the average of the five people we hang out with the most.

I’m sure it stands to reason then that the media you listen to also becomes who you are.

You are probably wondering where I am going with this.

The idea is, God tells us in 1 Peter 2 to “crave pure spiritual milk” so that we will grow up in our salvation. God is telling us – surround yourself with GOOD things.

Spiritual milk is what you should crave. You are like that BABY we were talking about – the one that you would protect from any kind of harmful thing. You would never give that baby coffee or cola and certainly not a verified poison.

No, certainly not. We nurture babies. We feed babies the correct nutrition. We want babies to grow to be all that they can be. Right?

God wants the same thing for you.

God wants you to STOP and PUT DOWN and WALK AWAY from ANYTHING that promotes malice, deceit, hypocrisy, envy and slander. Those are POISON to the spirit and they are AWFUL for you. He wants you to abstain from sinful desires that WAGE WAR on your soul.

Don’t believe me, it’s right here in black and white – you can read it yourself in your own Bible.

Just so you know. 1 Peter is believed to be written by Peter somewhere near 64 AD.

Secondly, there is some disagreement about whether 1  Peter was written to the Jewish Christians OR if it was written to Gentiles. Either way, I think it is safe to say that God is giving sound advice anyway. You can decide that for yourself.

Do you have “Rules for Life”? I do. Rule number 3 is “Stay Away from Poison”. Poison includes:  Poison people, poison situations, poison media and actual poison. Just walk away.

“I learned long ago, never wrestle with a pig. You get dirty and besides, the pig likes it” ~ George Bernard Shaw

Therefore, rid yourselves of all malice and all deceit, hypocrisy, envy, and slander of every kind.  Like newborn babies, crave pure spiritual milk, so that by it you may grow up in your salvation,  now that you have tasted that the Lord is good.

As you come to him, the living Stone—rejected by humans but chosen by God and precious to him— 5 you also, like living stones, are being built into a spiritual house to be a holy priesthood, offering spiritual sacrifices acceptable to God through Jesus Christ.  For in Scripture it says:

a chosen and precious cornerstone,

and the one who trusts in him

will never be put to shame.”

Now to you who believe, this stone is precious. But to those who do not believe,

“The stone the builders rejected

has become the cornerstone,”

“A stone that causes people to stumble

and a rock that makes them fall.”

They stumble because they disobey the message—which is also what they were destined for.

But you are a chosen people, a royal priesthood, a holy nation, God’s special possession, that you may declare the praises of him who called you out of darkness into his wonderful light.  Once you were not a people, but now you are the people of God; once you had not received mercy, but now you have received mercy.

Hi Lucy! You are more than welcome! Thank you for being a reader! I pray you will come back and find more recipes you like!

Made as written and it was PERFECT! I loved the strong orange flavor - the best!

This looks absolutely delicious. Made easy with canned cinnamon rolls (love using canned dough), and it's such a good way to help bring back coffee cakes! The addition of orange is fantastic. As usual, appreciate all the tips on making these. Pinned. Thanks for sharing.

Thanks also for sharing another needed devotional. They always speak to me in some way. It's amazing the ways God speaks to us with such timely truths. Have a fantastic day.

Hi Mary! You are always such a joy! Thanks for sharing my post and for the kind comments! Peace, friend. :)

I have to disagree we have coffee cake ever Christmas morning and on weekends as well. I love coffee cake. And my grow kids love it as well. I'll be giving this recipe a try. Yum

Hi Michelle! Welcome to Loaves and Dishes! SO GLAD that you are here! I'm also tickled that coffee cake hasn't died at your house!! I hope you will come back and let me know how this one turned out for you!