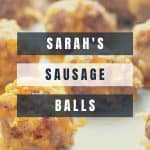 That’s no way to get ready for a party.

“It couldn’t be ANY EASIER, just mix together sausage, bisquick and cheese – it is that simple – the simplest dish in the world”, my friend said. “You are a GREAT cook, certainly it won’t be any trouble for you”. (I wish you could hear my eyes rolling in my head right now).

And that is how the Great Sausage Ball Fiasco started. 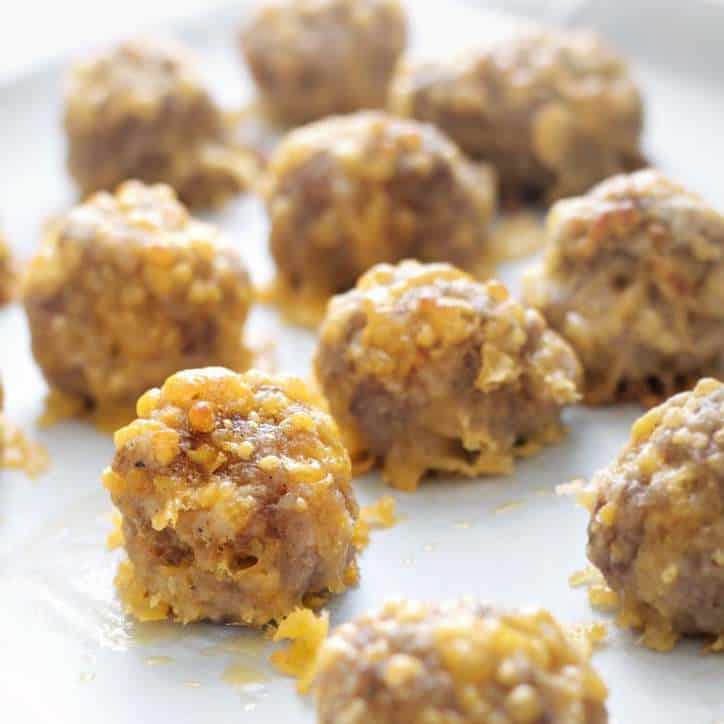 Three years ago, I wanted to make sausage balls for a Christmas party I was attending. I asked my friend, but she didn’t know an exact recipe. I said, “no worries, I’ll just google sausage ball recipes”. That should get me going on the right path, right?

Please tell me how a woman who can cook, write and run a cooking website is absolutely  UNABLE to make the “easiest dish in the world”…. A recipe with only THREE ingredients? I tried FIVE different recipes and they were ALL terrible!

The final insulting try resulted in a flatish hard and dry ball of YUCK, to which I thought, “Hmmmm, I bet the dogs will LOVE them”. I threw one from the deck to my 140 lb Rottweiler, “Blue”, in the back  yard. My aim is bad and his catching skills worse. The sausage ball whacked him right on top of the head. He YELPED and ran for his dog house.

Feeling like a failure, I chucked every single sausage ball in the trash 30 minutes before the party started and dug around for a bag of chips to take instead.

A year later, my son, who is also a  fine cook called and said, “Mom, you know those sausage balls that people bring to parties? How do you make those?”. I laughed.

“I don’t know, but I can tell you how to make a really MEAN tool for whacking the dog made out of Biscuit mix, Sausage and cheese”. 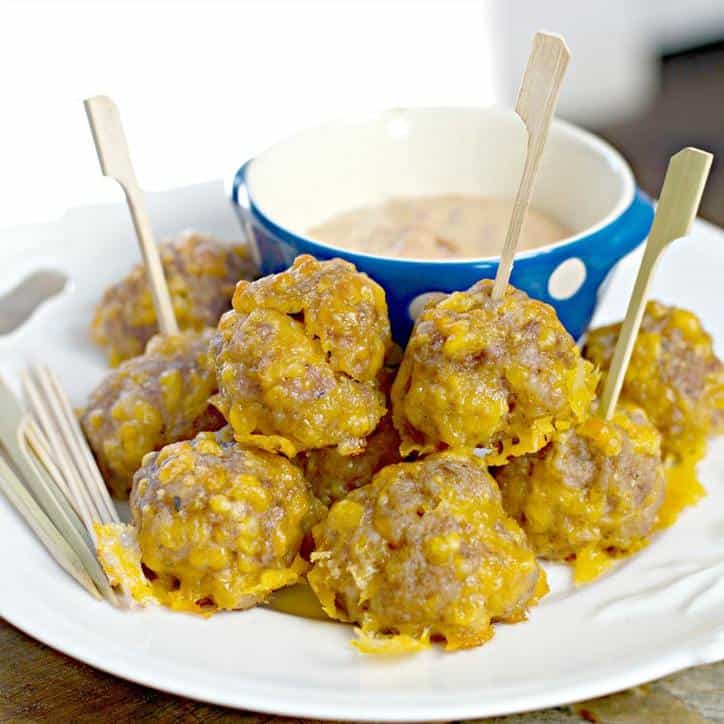 THE RECIPE FOR Sarah’s Sausage Balls 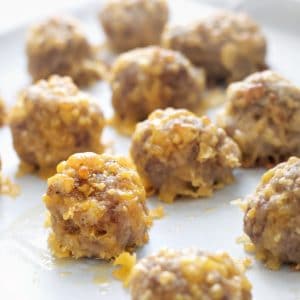 Make sure to use exact proportions and measurements. 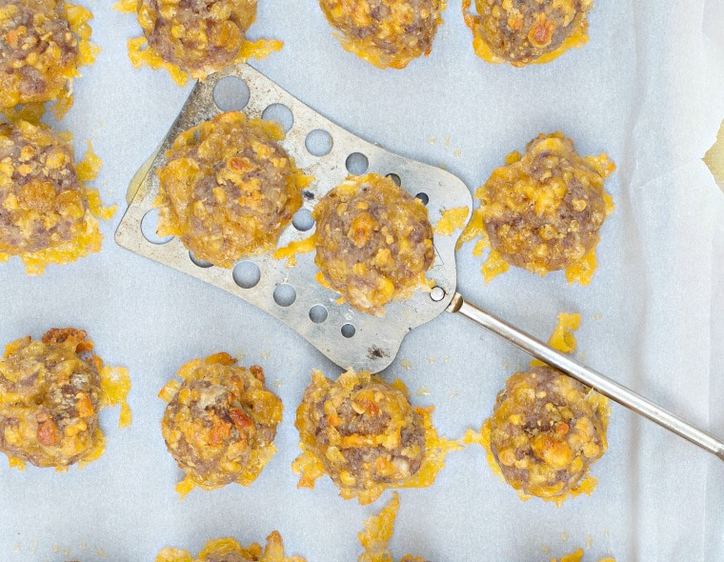 WHY IS THIS CALLED SARAH’S SAUSAGE BALLS?

This recipe is called Sarah’s Sausage Balls for two reasons

I love this story and was reminded of it today, so I thought I would share. This particular part of the Bible starts with two examples of how if you lose something, you look for it and you REJOICE when you find it!

I can certainly relate, I’m forever losing everything! The worst is when I lose my glasses – but that is a total departure from the point of this verse.

Anyway, God rejoices when a sinner repents and comes asking forgiveness with a heart that is turned.

Thank you Jesus for making this possible.

Jesus continued: “There was a man who had two sons. The younger one said to his father, ‘Father, give me my share of the estate.’ So he divided his property between them.

“Not long after that, the younger son got together all he had, set off for a distant country and there squandered his wealth in wild living. After he had spent everything, there was a severe famine in that whole country, and he began to be in need.  So he went and hired himself out to a citizen of that country, who sent him to his fields to feed pigs.  He longed to fill his stomach with the pods that the pigs were eating, but no one gave him anything.

“When he came to his senses, he said, ‘How many of my father’s hired servants have food to spare, and here I am starving to death! I will set out and go back to my father and say to him: Father, I have sinned against heaven and against you. I am no longer worthy to be called your son; make me like one of your hired servants.’  So he got up and went to his father.

“But while he was still a long way off, his father saw him and was filled with compassion for him; he ran to his son, threw his arms around him and kissed him.

“The son said to him, ‘Father, I have sinned against heaven and against you. I am no longer worthy to be called your son.’

“But the father said to his servants, ‘Quick! Bring the best robe and put it on him. Put a ring on his finger and sandals on his feet.  Bring the fattened calf and kill it. Let’s have a feast and celebrate.  For this son of mine was dead and is alive again; he was lost and is found.’ So they began to celebrate.

“Meanwhile, the older son was in the field. When he came near the house, he heard music and dancing. So he called one of the servants and asked him what was going on. ‘Your brother has come,’ he replied, ‘and your father has killed the fattened calf because he has him back safe and sound.’

“The older brother became angry and refused to go in. So his father went out and pleaded with him. But he answered his father, ‘Look! All these years I’ve been slaving for you and never disobeyed your orders. Yet you never gave me even a young goat so I could celebrate with my friends.  But when this son of yours who has squandered your property with prostitutes comes home, you kill the fattened calf for him!’

“‘My son,’ the father said, ‘you are always with me, and everything I have is yours. But we had to celebrate and be glad, because this brother of yours was dead and is alive again; he was lost and is found.’”

Can you estimate weight for the sausage?

Please don't hurt that poor dog any more! These are perfect! Thanks!

YUM. I like this version! Will have to try it soon!!

Hi Pam!! Long time no see!! We ate them till we were stuffed over here. Lol. I don't recommend that. Lol

I'm still using the recipe my sister gave me many years ago. When you find one that works why change it......except for the addition of cream cheese! I LOVE that idea! Poor dog being bopped on the head! LOL! I guess it wasn't funny to the dog though. Wendi, you have some of the funniest stories! Pinned. Thanks for sharing this recipe. Have a great weekend!

Hi Mary! Perhaps this story explains why when I try to give Pete a little taste of something he always sniffs it very carefully before taking it - although he gets into the trash can with wild abandon every single chance he gets. Lol. Have a wonderful weekend. :)