Did you find some Ham on SALE? Is your Ham about to expire? NO PROBLEM! Asking ‘Can You Freeze A Whole Ham’? You’ll be saving money, time and have Ham you can use later!

How to make spiral ham without drying it out

Here’s How You Do It.

STEP 1. Make sure your Ham is in a container you want to freeze it in (wrapper from store, wrapped in plastic wrap and butcher paper?). Write on the container the date you frozen it, a use by date

STEP 2. Place it in the freezer. 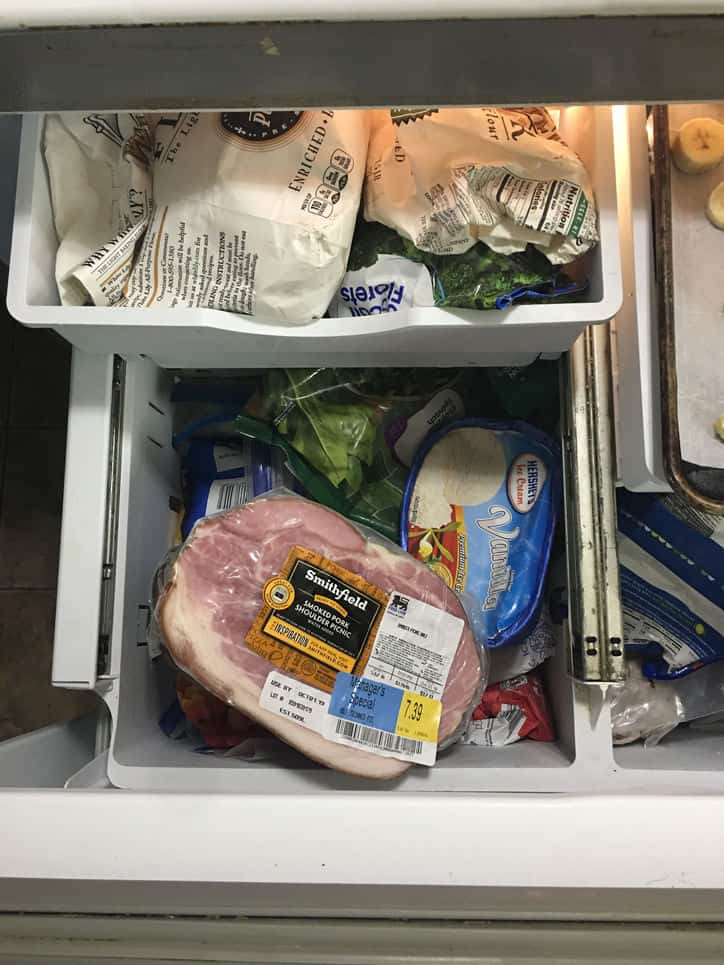 Can You Freeze A WHOLE Ham?

Yes, you can freeze Ham easily but just placing it in the freezer. This does not affect the taste of the Ham.

Recipes that WE LOVE Using This Ingredient…

We LOVE to use frozen Ham in some of these recipes!!!

How to Cook Country Ham Slices

The Best Sandwich Ever

The Best Sandwich EVER www.loavesanddishes.net

Can You Freeze A Bone In Ham?

Yes, you can freeze a bone in ham, just follow these directions.

Can You Freeze A Whole Smoked Ham?

Yes, absolutely you can! Simply follow the directions below.

Can I Freeze a Spiral Sliced Ham?

Yep! Sure can! This recipe will show you how. It’s the same for all kinds of ham!

What is the Best Way To Freeze A Ham?

The very best way to freeze a ham is to see the recipe card below and use the instructions for wrapping in plastic wrap followed by freezer paper. Freezer paper can be found at the grocery store where you will find plastic wrap, aluminum foil and parchment paper.

Can I Eat Ham That Has Been Frozen For A Year or More?

That is really a judgement call. Essentially, if the meat has been frozen at 32F, it should be fine. However, freezer burn can set in and that will ruin the meat. Check the meat well for freezer burn before preparing it.

How To Know If Frozen Ham is  Bad

Can I Freeze a Cooked Ham?

Yes, you can freeze cooked ham. Place the cooked ham slices in a freezer safe package (freezer bags) and place into the freezer. This will keep for 3-6 months.

Can I Freeze A Ham Bone?

Yes, you can freeze the ham bone! Place the ham bone in a freezer package (like a freezer zip lock bag) and freeze for up to 3-6 months. Works GREAT in PINTO BEANS! 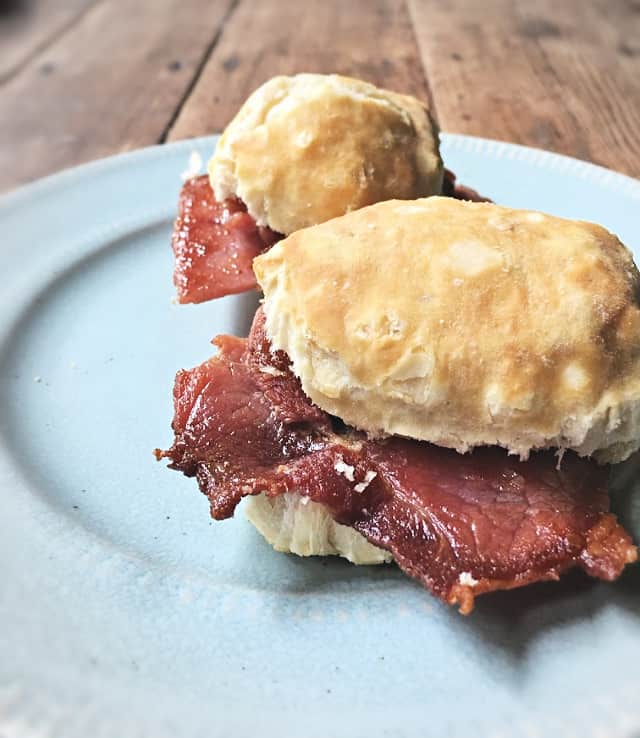 How to Thaw Frozen Ham

How Long Does It Take A Whole Ham To Freeze?

That depends on how much you are trying to freeze. A large ham may take 24 hours to freeze. A small ham may only take a few hours

Can You Freeze Whole Ham In the Store Package?

Yes, you can freeze Ham in its store package. You will want to use this ham within 2-3 weeks. The store package isn’t really meant for freezing. .

How Long Can You Freeze Ham?

Ham can remain frozen and still taste good with a good texture in the store package for about 2-3 weeks. I wouldn’t go longer than that. If you want to take extra precautions and wrap it in freezer safe packaging, then 3-6 months.

Does Freezing Ham Change The Taste?

Freezing Ham does not change the taste or texture at all. Ham that has been frozen tastes exactly as you would expect and this is a great way to save ham for later.

How to make spiral ham without drying it out

If You Enjoyed Learning About How To Freeze A WHOLE Ham, You Might Also Want To See…

How to Freeze Cheese

How to Freeze Lunch Meat

How to Freeze Raw Meat

How to Freeze Milk.

Please leave me a 5 STAR comment below. This helps others find Loaves and Dishes on the internet! 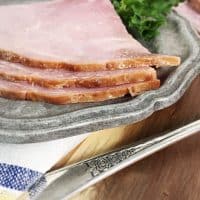 How To Freeze Ham

Did you find some Ham on SALE? Is your Ham about to expire? NO PROBLEM! When you know HOW TO FREEZE Ham, you’ll be saving money, time and Ham you can use later!
5 from 1 vote
Print Pin Rate
Course: main
Cuisine: American
Keyword: freezing ham, how to freeze whole ham
Prep Time: 1 minute
Cook Time: 0 minutes
Total Time: 1 minute
Servings: 20 servings
Calories: 551kcal
Author: Wendi Spraker

I rarely point out looking at a single verse, because single verses taken out of context can be screwed around to mean anything at all. So, PLEASE go read the entire scripture, chapter and book. But I think this speaks volumes.

Accept the one whose faith is weak, without quarreling over disputable matters.

Thanks David, I appreciate it. I hope you'll cruise around and find more helpful recipes!

Very helpful. I've been baking hams and using the bone and trimmings for pinto bean soup for 60 years, but wasn't sure if I could freeze a ham I just bought for Christmas until I'm ready to bake it (I don't have room to store it in the refrigerator. Thank you for the tips.

Hi Julie! Glad to know you found this helpful! Thanks for visiting and I hope you'll come back often!

Excellent advice; some I've used for years! Thank you for all the new ideas I've learned from your post.

My wife passed away 6 mounts ago ,and I'm new at a lot of cooking. I love ham and for sandwiches .This was very helpful on how long to cook and the temp.

Hi Rick, I'm so sorry to hear about your wife. My sincere condolences. I hope you'll stop back by here often, I have a lot of content for brand new cooks and people who are wanting to cook better. Best wishes through this journey. Feel free to email me with questions wendi(atsign)loavesanddishes.net