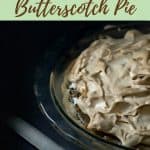 ***this recipe for old fashioned butterscotch pie originally appeared on Loaves and Dishes on June 24, 2016 and has been updated with new information***

A tree never grows far from its roots. Who said that? ME! I said that! I made it up just now! My roots are why you are seeing Old Fashion Butterscotch Pie today! Also, because a reader asked for a Butterscotch Pie recipe. Remember back a couple of months ago I showed you a recipe from Gerschuh’s Restaurant in Greenville, OH? Yep!

I knew you would remember because I told you all about George Trittschuh who greeted all of the guests, asked how the meal was (and meant it) and then encouraged you to try the pie. Rumor had it that he came in early and made all of the pies himself (including Old Fashion Butterscotch Pie and Old Fashion Sugar Cream Pie).

If I had visited Gerschuh’s today they might have given me a piece of pie for my birthday – whooo hoooo – what a big decision that would be! Thank goodness I can make my own since Gerschuh’s isn’t around anymore. Does that get a 🙁 emoji or a 🙂 emoji, I’ve confused myself with that statement. 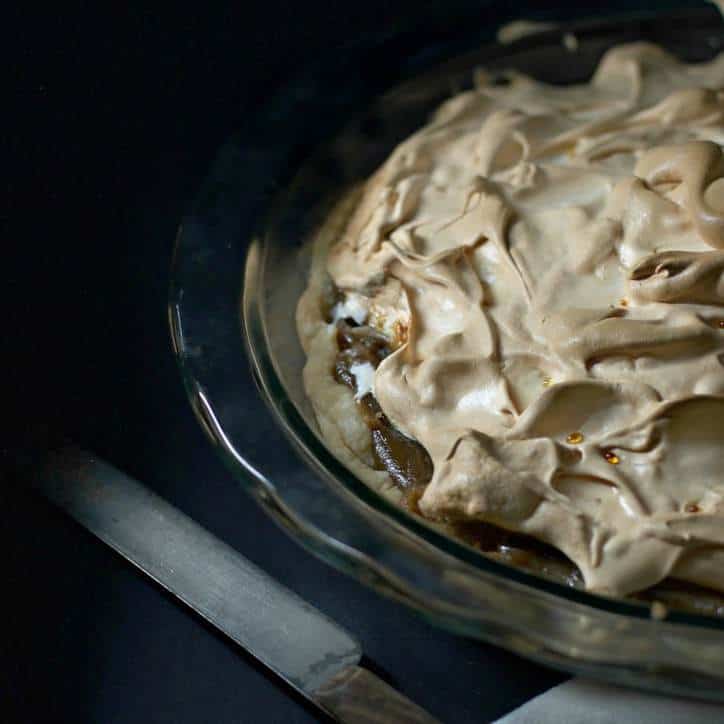 I don’t know if George came in early and made the pie’s himself,  but I wouldn’t doubt it! If you could have SEEN those pies! The Old Fashion Butterscotch Pie was always so impressive with its BIG TOP HAT of massive meringue. It would jiggle and glisten as he carried it out to the table to show you what he had available.

As a kid I always thought it would be so funny if some of that tall meringue on top of Old Fashion Butterscotch Pie fall off and SPLAT on the floor- but it never did. Not that I saw anyway. Now, thanks again to my old friends from home, I have another Gerschuh’s recipe to share.

Seems like this is mostly a Southern Recipes kind of place, but believe me, those Northerners can cook too and hence, this Old Fashion Butterscotch Pie is Proof! 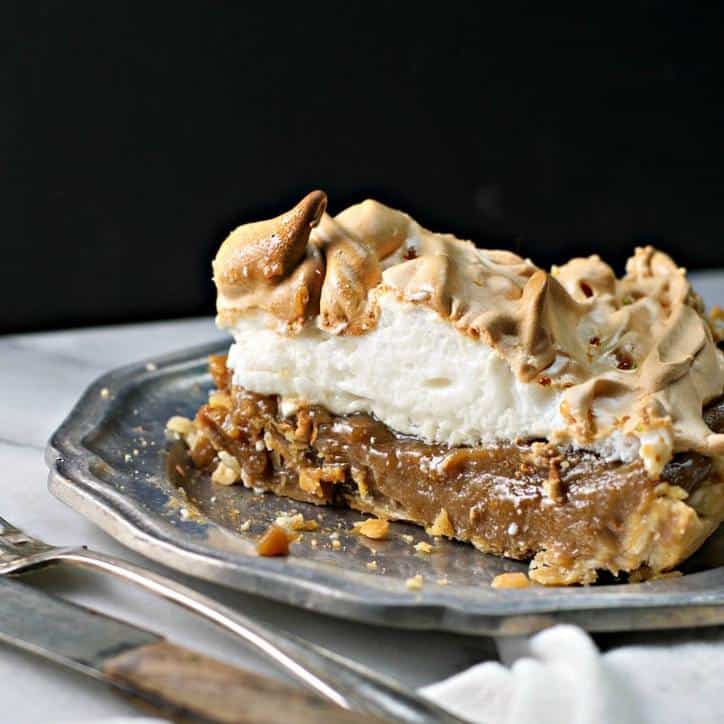 Questions you might have about Old Fashioned Butterscotch Pie…

WHAT IS BUTTERSCOTCH PIE?

Butterscotch pie is an old fashioned type of pie that uses butter and sugar that has been cooked to a golden brown and turned into a type of butterscotch as a pie filling.

WHY IS MY BUTTERSCOTCH PIE RUNNY?

Generally, in my own experience, runny butterscotch happens in two cases…

HOW THICK SHOULD THE PIE FILLING BE?

CAN I FREEZE BUTTERSCOTCH PIE?

It is best to just go ahead and use your butterscotch pie within a few days. I’ve found that when I freeze a butterscotch pie, it becomes wet and gloopy upon thawing it. It is still edible, but not very appetizing.

HOW TO STORE A BUTTERSCOTCH PIE.

Once your pie is cooled, place plastic wrap loosely over the top, and seal around the edges of your pie plate. Place the pie into the refrigerator and keep cool until ready to serve.

IF I DON’T HAVE INGREDIENTS OR THINGS… 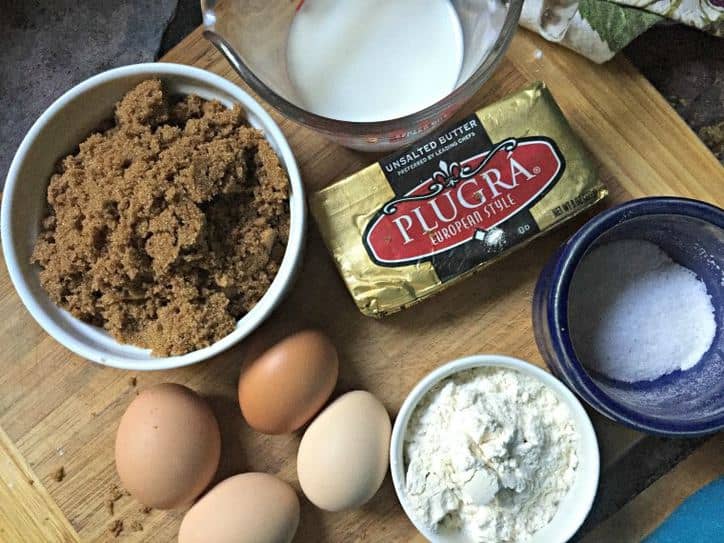 IF YOU ENJOYED OLD FASHIONED BUTTERSCOTCH PIE, YOU MIGHT ALSO ENJOY…

EQUIPMENT I USE TO MAKE OLD FASHIONED BUTTERSCOTCH PIE

The following photos are links to Amazon, you can click the photo and go straight through to Amazon for price comparisons. I am an Amazon associate and will earn a commission if you decide to purchase. 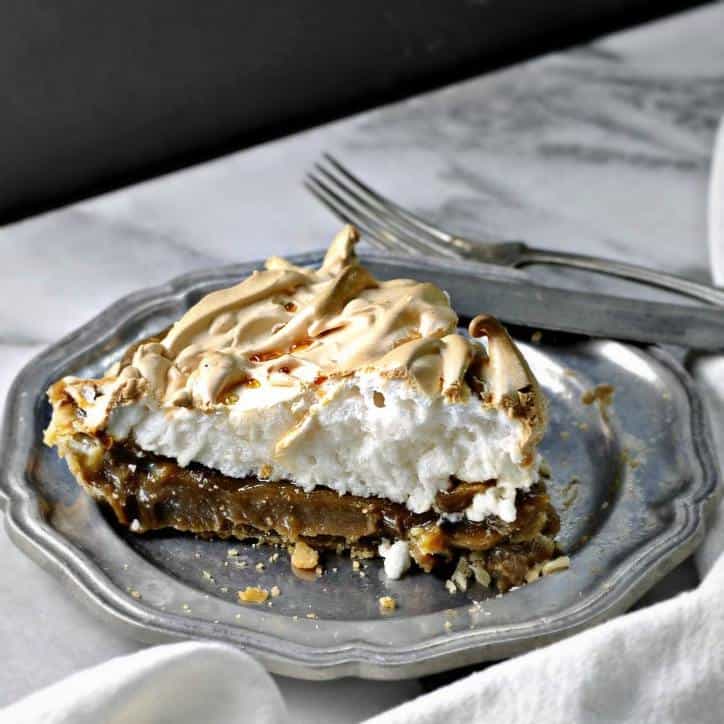 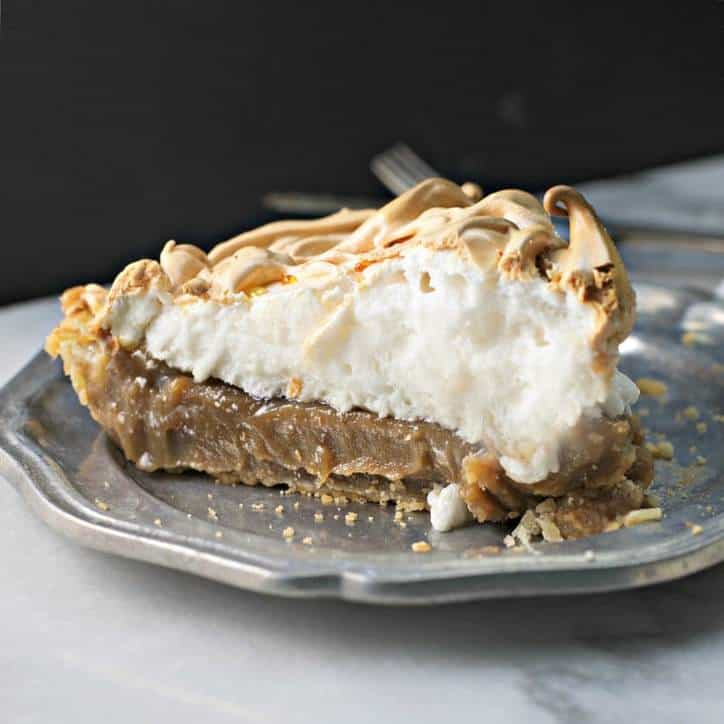 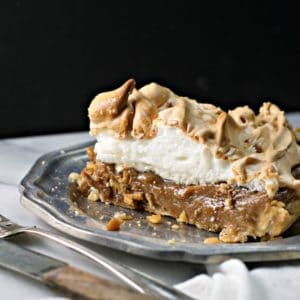 A recipe for Gerschuh's Butterscotch Pie

How often do you watch movies? It seems to be a favorite past time around here, although I am not personally a huge fan of movies. Have you ever noted the roll that women often play? How often are women honored or respected in movies? The number of times that women are degraded, sexually exploited or even raped in a typical storyline is appalling to me.

Of course, one could argue that women choose to play those rolls, women are paid well for these rolls and the American public demands these types of movies to which I would have to say, “you are right”.

SO WHICH IS IT?

At the same time, what you watch, you are desensitized to. That is a fact.

Regarding this VERY phenomenon, I had a conversation with a man the other day where oddly enough the story line of the movie in question involved MEN being raped. Hmmmmm. The man I was speaking with found this “disgusting” but doesn’t find movie plots of women being exploited disturbing.

Is it disgusting for a man to be raped and not a woman?

Why is rape and exploitation called entertainment at all?

I’ll tell you something, it isn’t entertainment.

WHAT YOU WATCH AND DO IS WHAT YOU BECOME.

Instead, this is one way that we foster violence in our society and desensitize our population thus making it “ok” to degrade women. It really has to stop. We are better people than that. Stand up for what is right and avoid wicked things.

BUT, don’t take my word for it.

Do not envy the wicked,
do not desire their company;
for their hearts plot violence,
and their lips talk about making trouble.

By wisdom a house is built,
and through understanding it is established;
through knowledge its rooms are filled
with rare and beautiful treasures.

I was asked to make an old fashioned butterscotch pie and I was thrilled to find this recipe. I made it last night and being a seasoned cook, prepared everything ahead… premeasuring. The custard portion of the recipe states to add the sugar, flour, and salt to the melted butter. Well, I mistakenly added the white sugar, then after I had put it on the double broiler, realized I had used the meringue sugar instead of the brown sugar so I added the brown sugar seeing no other choice. The consistency of the pie is great, but it is super sweet, of course. It was my bad, but I would suggest inserting the word “brown” to prevent the use of the wrong sugar being used. Thank you. I’m going to try again today and get it right. 😀

Thank you for the suggestion Carolyn!

It is an awesome pie. My husband loved it!!@

Hi Linda, Thanks for leaving me a message. You made one of the more difficult recipes on this website! Congratulations and I'm tickled that ya'll enjoyed it! I hope you'll find some other recipes you love here!

Hi Katie, I'm not sure I understand?

Hi Lorraine, There's no need to buy a double boiler. You can boil a pot of water and put a bowl on top of the pot. You'll want it to be a metal or ceramic type bowl that can take heat. I wouldn't use plastic. If you go to YouTube and search for DIY double boiler, you'll hit the jackpot to see what I'm talking about. Thanks Lorraine!

Do you serve the pie right after the meringue is cooked, or do you chill it and then serve it?

Hi Jeanne, I always allow the whole thing to cool and preferably chill it first. Thank you so much for asking!